Rajib Karmakar is undoubtedly one of the finest young sitar players today. Years of learning have resulted in an extensive technique and deep understanding of diverse musical styles. His open mind has led to an extension of his musical horizon to incorporate imaginative experiments in world music styles that delight the young and the old. He has performed all over the world, in prestigious music concerts and festivals. He is the creator of the world’s first double necked electric Sitar ”Mayur Tantri”. Rajib’s versatility has ably adapted his classical knowledge and skill in his fusion projects like Wahh(USA), Fuzorhythm(India), Loop Science(Germany), Nada Naissance(France) etc. 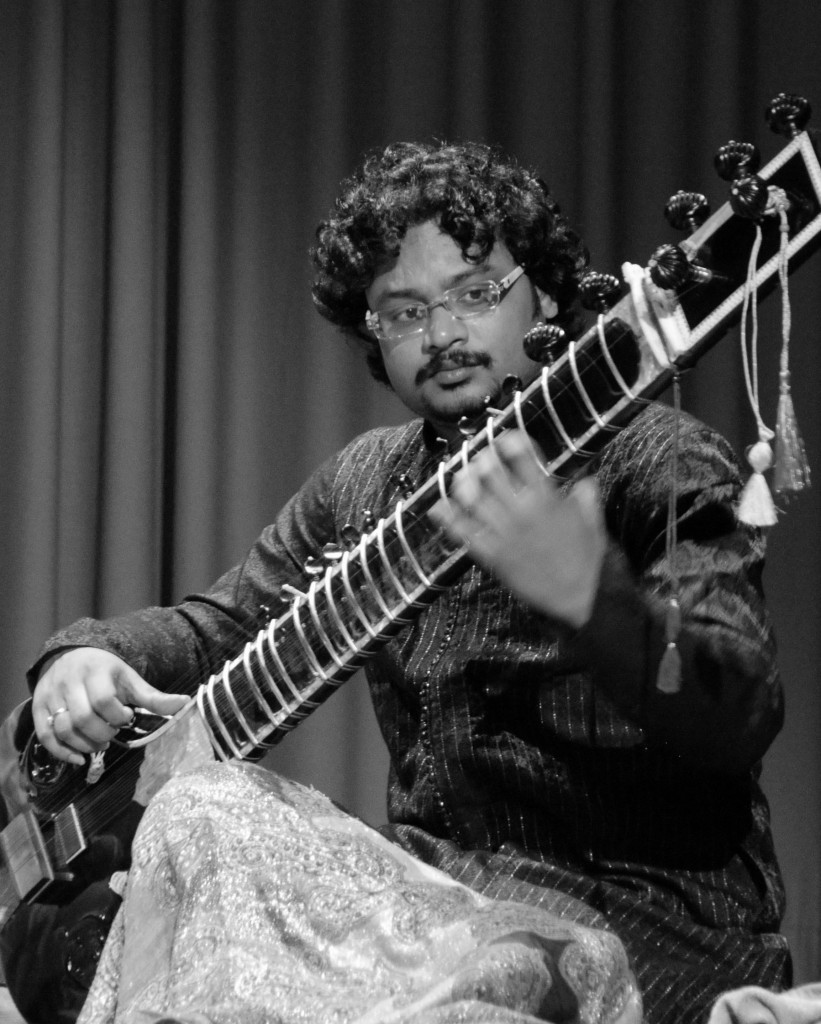 Already at this young age he is well appreciated by his audience and critics for his artistic aspects & nuances of diverse styles and a mastery of technical skill. His concerts are always smarked for their aesthetic appeal and improvisation blended with a fine command of technical expertise. Rajib is an instrumentalist with an unique musical sense, innovative skills and the touch of swift, agile fingers. Be it at his Indian Classical Music Concerts or his World Music Concerts, he can almost immediately mesmerize audience of all ages.

Please check your feed, the data was entered incorrectly.